Interview with Rupert Maccarthy-Morrogh of Studio 5108

Interview with Rupert Maccarthy-Morrogh of Studio 5108

It has been a while since our last interview, so today we have something special – an interview with Rupert Maccarthy-Morrogh, DP, director and owner of Cork’s own Studio 5108. 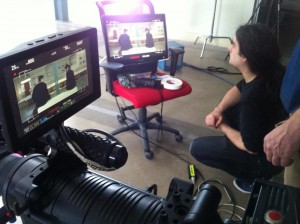 Hi Rupert, and thanks for taking time to talk with us. First off the bat, can you tell us a bit about how you got into this line of work?

By trade (as in college and my 20′s) was spent working as an audio engineer, I only got seriously into film in my early 30′s, I was working in a web company at the time and we started creating web promos for our clients, from there I started doing shorts etc.
Moving from sound to picture wasn’t really a huge jump, deep down they are quite similar artistically and technically (in terms of head space). It does mean I am not impressed when the sound dept. get in my shot.

Where did the idea come from for Studio 5108?

I had a smaller space in the city, just for warehouse space. We started to use the back room as a (tiny) studio and the idea for 5108 grew from there. Declan Casey from Standpoint.ie and I believed a real studio would be a great base for our work and maybe kick-start some more production in the county.

I know you’ve done a lot of work in lighting, and recently served as DP on the feature film: Treekeeper. Was it a natural progression moving from lighting to cinematography?

It was really the other way round. When I first started shooting, the lack of serious lighting equipment in Cork meant I invested (a lot) in lighting for my own projects. SLR.ie, our lighting rental company was a natural progression from there.

Who would be your influences in the area of lighting and photography? 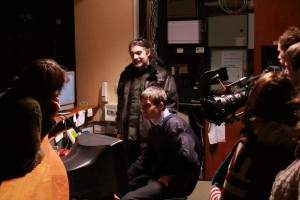 Conrad Hall would probably be my favourite DP, followed by (in no particular order) by Christopher Doyle, Guillermo Navarro, Roger Deakins, Matthew Libatique – the full list is very long!

Have you particular advice you could give to people starting off in lighting and film?

Best advice I ever heard:
Turn up early, don’t sit down, act like you give a damn and shut the F@$k up

You also recently directed the feature film: Storage – how did you find the move from DP to director?

Weird but very satisfying. Luckily I have a great DP in Ian D Murphy, also perhaps oddly I gaffed for Ian on Storage, so I could hide in my ‘Happy Place’. 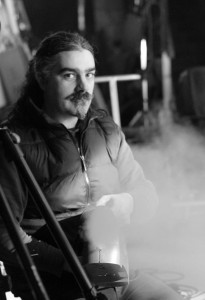 Can you tell us a bit about the movie?

Yes, but not yet

1st ‘Storage’ trailer in the next few weeks

Were there any particular challenges or benefits to shooting ‘Storage’ and ‘Treekeeper’ in Cork?

Disadvantages:
Cork is my home and I love it dearly, but its not really set up for production. People think you are either:
(a) A bunch of crazies shooting amateur shorts on a handy-cam.
(b) Hollywood types with loads of money that you would like to give out.
I see no reason why Cork can’t create world class cinema, but the support processes from ‘the powers that be’ are actually being eroded eg, non reappointment of the film commissioner, the funding cuts to the film centre.
Advantages:
A bunch of dedicated people trying their hardest to create a sustainable film industry in Cork, for example: The lads in Epic, Sean O’Conner, Paddy O’Shea, Brian Cronin, Conor Slattery, Simon Mckeon, St John’s, The UCC Masters course, Egomotion, and Us! (If I left people out, its because I haven’t had coffee since this morning)

Have you any future secret movie making plans that you wish to reveal to the reading-several?

I have, but they’re secret…
All joking aside my writing partner, James Browne and I have three scripts in the works, and we are vaguely open to scripts from others (1 pagers only please folks).

For further information on Rupert and Studio 5108: http://www.studio5108.com/
For lighting & equipment hire: http://slr.ie/