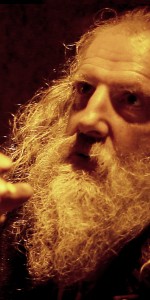 Hey everyone,Just letting ye all know there is a screening this Thursday (8th April 2010) night at 8pm, get there earlier as seats are limited. The nights feature is The Shout: Idyllic Devon locations. Hot, liquid afternoons; a game of cricket watched by ‘mad’ trees, the air punctuated by the cries of peacocks and a terrifying story of a man from the outback, who exercised the right to kill his children and who can kill anyone with the Terror Shout. A man (Alan Bates) who infiltrates the lives of a couple who live in a remote cottage by a rocky coast. A man who takes the wife (Susannah York) as his own property leaving the husband (John Hurt) utterly powerless, until he finds the man’s soul trapped in a pebble. The shout itself …truly disturbing. The ending brings both the story and the the cricket game together in spectacular fashion. At the close of play, you realize you’ve witnessed a straight horror story that is grounded in mundane reality.Should be a good one.

Festival Director Mick Hannigan, making the announcement commented  “The September/October period of the global film festival calendar has become  congested in recent years and vying for films about to be premiered in Locarno, Toronto and London; has become increasingly difficult. Moving to November will allow us to programme with more freedom.

The Cork festival is committed to programming innovative and independent Irish and International cinema. We look forward to focusing on a true celebration of short films, documentaries and independent cinema in November. We believe the November dates will be attractive to both the national film community and to the festival’s large and loyal local audience.”