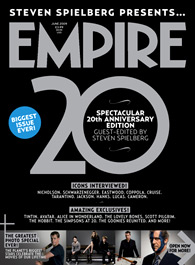 Empire magazine is probably the most popular film related magazine worldwide. One which I definately cannot go the month without. On sale from today is the 20th Anniverary edition, packed fulll of features, but most amazing of all is that Steven Spielberg himself is taking it over for the special edition as a guest Editor.

The Cork Youth International Film & Video Festival, was established in 1980 to open doors of the world of film making to the young, especially those involved in youth clubs, schools, community groups. The whole emphasis of the festival is to create awareness and involve them in all forms of art and to provide a showcase for their work.

Since the year 2000, we have a complete section in the irish language, to encourage the widest possible use of irish in the most modern media 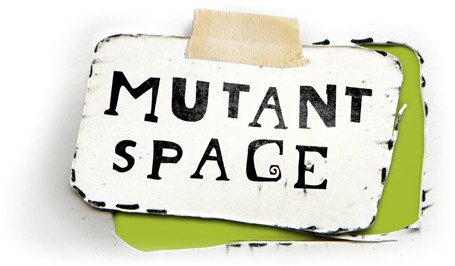 It’s been a while since there was a Cork filmmaking event… Ever since the Kommando 24 hour contest ended, Thanks to Mutant Space and the Cork Mid Summer Festival there is one coming to town!

Details are outlined below:

Brief:
We’re inviting groups of people to get together and create their own short films.
This is not a competition but an opportunity for participants to make their own short film [10 – 15min] and show it in Cork during the Cork Midsummer Festival and in other venues around Ireland as part of our touring mutantspace.ie festival.

The showcase will have a theme which will be announced online on Saturday 13th June to ensure everyone has the same amount of time in which to produce their work. Film makers will have a week to make their short after which we will screen the shorts in various locations around the city. The work can then be changed and mutated before the next screening

All resources of mutantspace.ie can be used for shorts and we will be working hard to ensure that this project gets as much exposure as possible

If you’re interested in getting involved please email admin@mutantspace.ie for details
Deadline for inclusion in the project is Friday 29th May
Please note all participants have to provide their own equipment